The appeal hearing of the 7 Ganva activists who blocked a CASTOR train of nuclear waste will be heard in Caen (Normandy) on Monday 4 March 2013, starting at 2pm.

On 5 November 2010, around fifteen people – subsequently joined by a hundred other protesters – physically blocked the train of highly radioactive waste, just before it reached Caen, for three-and-a-half hours.

Several people were badly injured by police who seemed concerned to get rid of the protest as quickly as possible in the face of this challenge which affected the image of the nuclear industry. An oppressive trial took place a month later, resulting in heavy penalties for seven of the blockaders: suspended prison sentences, and thirty thousand euros (in total) in fines and damages for SNCF (the French state train company) and Areva (a leading company in nuclear energy).

This new trial at the appeal court on 4 March will be a chance for us to wipe the slate clean.

Stopping the nuclear waste train on 5 November 2010 was not only a challenge to the transport of highly radioactive waste which circulates daily in France; it was a strong statement, once again, that nuclear power is incompatible with life. Beyond legal and scientific arguments, we were led by a deep-rooted conviction when we tried to challenge the propaganda from Areva and the state.

The idea of safe and clean nuclear power collapsed four months later with the criminal catastrophe of Fukushima. Areva reproached us for an “anxiety campaign” against their waste train – but the event that took place on 11 March 2011 in Japan was even worse than the dangers we were warning about. We felt before the disaster that our actions had legitimacy; unfortunately we were proven right in our fears.

The verdict in the first trial showed how difficult it is to have confidence in courts of law, but we’re going to keep defending ourselves throughout this hearing in the appeal court, in an offensive way, as we are utterly convinced that direct action against the nuclear industry needs to continue.

We call for a solidarity rally outside the Court of Appeal (in Place Gambetta in Caen) starting from 12noon on Monday 4 March 2013.

We express our solidarity with other direct action comrades, including: with the ZAD (to stop the Nantes new airport project); with Bure (against the nuclear waste dump planned there); with the anti-THT (acting against the construction of High Voltage Power lines); with the No-TAV (opposing new High Speed Train projects); and with the anti-GMO campaigns. 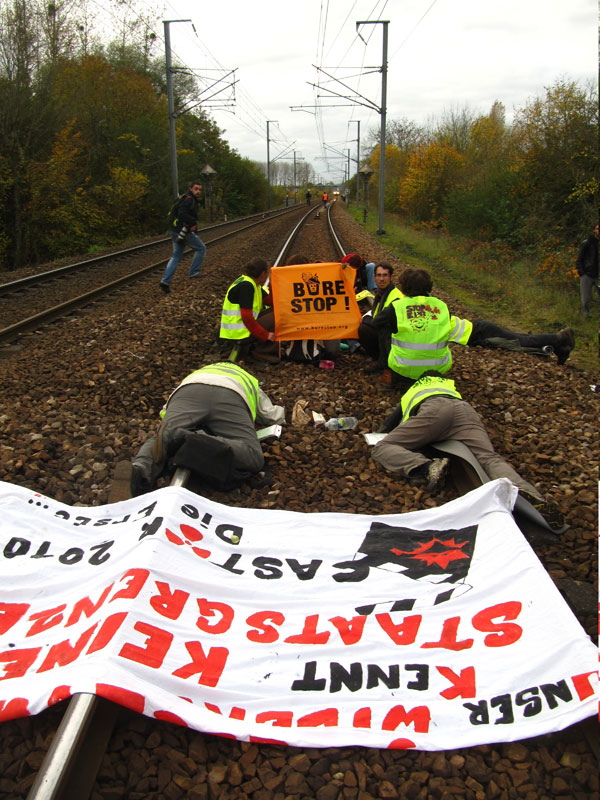 If you think to come and that you need accomodation, please send us a mail to the following email address : hebergement4mars at riseup.net